Up in the city of Luleå (or at least right outside the city) the NLLL was held this weekend. The women had a two day training camp and the men had a four team tournament. For a while it was a close call if I (and many with me) were even going to make it as weather conditions throughout Sweden made the airlines cancel a lot of flights and the remaining were almost all delayed. Some players didn't make it the same day. I managed to get there with a 45 minute delay.

None of the referees from the teams had gone through the formal international beginners training, but some of them were approved Swedish referees. In the end we had referees who were confident in themselves as referees and we had players who pretty much refereed their first game ever. In all games there were at least one full-time referee and in most two.

The result? Much better than expected!

Why? Many different reasons.

Anything still missing? In Sweden we are almost only two full-time referees. We need more! At the same time the current Swedish refereeing program is only one year old. We will improve! It will get better!

Thank you all participants and organizers for a great lacrosse weekend. Do make sure you invite me next year! 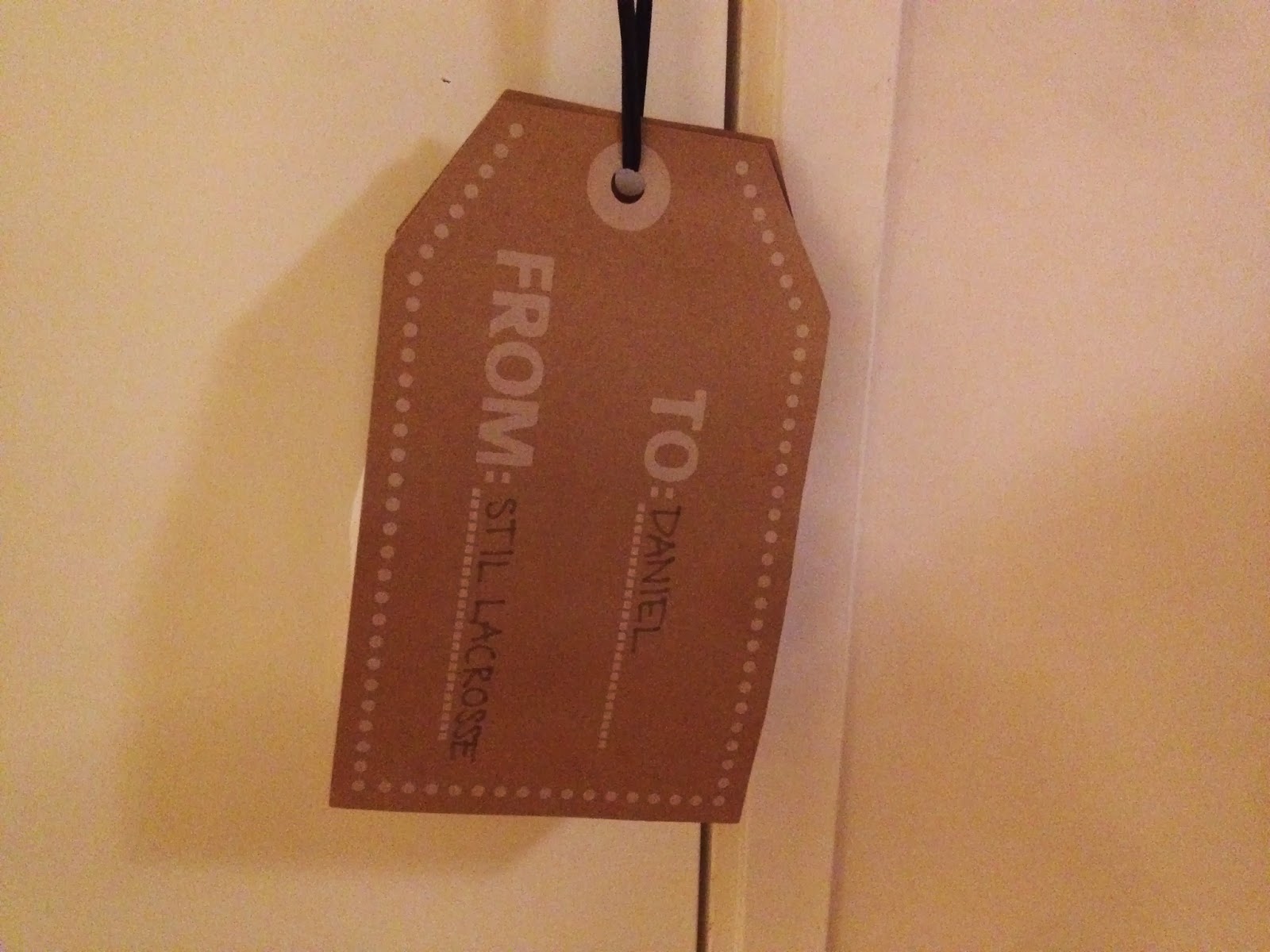 Posted by Daniel Svanström at 8:20 PM No comments:

Lacrosse near the arctic circle

This evening I will be travelling around 900 km north to the city of Luleå to be the RIC for the NLLL 2013. It is great to be back into refereeing again. If you get a chance to do some lacrosse in December in Sweden you really have to take the opportunity.

My mind started going for a while. How far north is actually lacrosse being played? Is StiL Lacrosse (the team in Luleå) perhaps the northernmost Lacrosse club in the world? With less than 150 km to the arctic circle it shouldn't bee too strange. First of all there are not too many countries that have land above the arctic circle (eight if you count all land territories). A quick check of the homepages of of our neighboring countries´ home pages reveals that neither Norway or Finland has any team more northern than Luleå (although Finland has one pretty close).

The most likely though would be to look in Canada or USA, but there it was harder to find a complete team list. Although after a quick search I found the following and the story was more interesting than just finding a lacrosse club far north. I think it deserves to be told. Enjoy!

The World Championship is over

I am sitting on a train going from Canada into USA. I wanted to have a couple of days before I thought of what we actually gave accomplished in the World Championship. For those who have followed my blog this far knows that Sweden did not win any match, leaving us in the 19th spot. At this time I would however like to look at our World Championship in a more positive way. When I think about what we have achieved it must be positive. Why?
In our team we have ten players that played in the national team for the first time. This despite that our last major event was the European Championship just one year ago. This means that a majority of our players had never played with each other before we set out on this journey. Still in the eight games we played, we scored 36 goals, that is an average of 4,5 goals per game counting all games. The first goal ever to be scored by Sweden in a World Championship was made by Anneli Jonsson. That goal was scored in the game against Haudenosaunee. I repeat, it was scored against Haudenosaunee, the originators of the game. That first goal moment is not coming back.
Our goalie, Pernilla Malmgren has only played as a lacrosse goalie during this year. That is right, last year there was no thought in her mind that she was playing as a lacrosse goalie even in her club team. Yet she made save after save and although not all games went her way, she improved a lot over the tournament. I tried to look at some statistics, but not all games were available. In the ones I did find she made more than 10 saves in every game.
Talking about improvement, I dare to say that all of our players improved a lot even though it was more noticable four our newer players. They will all bring that back home and spread their knowledge to their respective teams. That is what is all about in the end. Bringing the knowledge back to home. Growing the game! With new strength we will do what we can to improve ourselves. That is what it is all about and looking back at the games that is what we will do. So even if we did end up in last place, the Swedish participation in the World Championship was a big success.
I read some Facebook posts earlier from some of the players who have returned home and started to think about their participation in the world championship. There is no sadness and no regret, there is only happiness and pride. I understand them. I am proud of being part of the Swedish national team of Lacrosse. I am proud of represent my country in a World Championship. Every team member make me proud, both the players and the staff. Thank you! 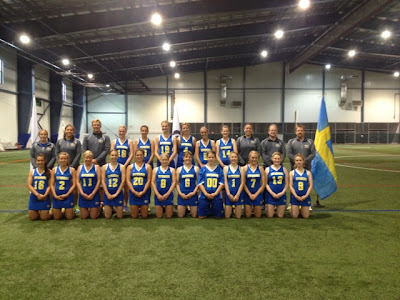 Posted by Daniel Svanström at 3:22 AM No comments:

Last game of the tournament

Our last game was against Hong Kong. The fame started out with Hong Kong doing more of the offense and finding holes in the Swedish defense and we were quickly down to 0 - 5. Our offensive play started to improve and soon we had caught up to 2- 5. Sweden was playing the ball in offense when lightning struck nearby and play was interrupted with about 13 minutes to go in the first half. The game was moved indoors and resumed with a quick goal from Sweden. Unfortunately that is as close as we got. Hong Kong started to score the goals and even though our players fought until the end of the game we had to see ourselves beaten.

On the way back we shared bus with Ireland who had their game cancelled. Thanks for helping us keeping our spirits high helping us to remind ourselves what we have achieved in our first World Championship. More on that later....

Posted by Daniel Svanström at 6:11 AM No comments:

Last chance for a victory

I have unfortunately missed two of our games due to team matters. We lost our last group game against Hong Kong. After getting reseeded in the lower tier group playing for places 16 - 19 with South Korea, Latvia and Hong Kong. The first game against South Korea yesterday was also lost.
Today we played against Latvia. In the first half both teams made mistakes but Latvia started off by winning more draws and more ground balls than Sweden. It took a while before we had a good attack, but still no goals and Pernilla did what she could in the goal. Latvia came out as the stronger team leading 6 - 0 in half time.
In the second half Sweden's play improved and finally there were some goals. We worked our way into the match. Sweden was the stronger team in the second half, but it was not enough to catch up with Latvia. End result Sweden - Latvia 6 - 10.
Tomorrow Sweden is playing in Hong Kong in the last game for both teams in these World Championship. One last chance to make sure we are not the only team without a win. 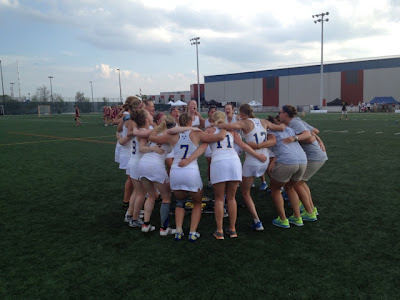 Posted by Daniel Svanström at 5:00 AM No comments:

Half way through the World Championships

Last Sunday we had an evening game against Japan. I was unable to see all of it myself but I have understood from the team and Eric, our physio in particular, that the team improved in the defense along the match and only let 8 goals in. Japan have impressed many with their group play and have won easily against all of their opponents, so a strong effort from the Swedish team.
Yesterday was the team resting day with no games and we went to Niagara Falls. For many of us it is the first trip to Canada and going to Niagara Falls was spectacular. Many happy faces in the team as we went back.
The last group game is at 16:30 today against Hong Kong. We are battling to avoid the last place in the group. After the group play, Sweden will play in one of two groups for the 13th to 19th place. 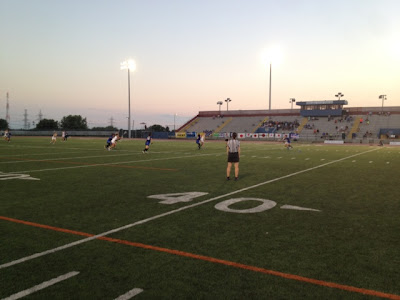 Posted by Daniel Svanström at 9:10 PM No comments:

It was yet another loss for us today. Sweden went out as the stronger team and for the first 20 minutes Austria barely made it to their offensive half. Sweden played well and diciplined and whenever we lost the ball on offense, we got it back quickly. The goals kept on coming an Sweden was in the lead 4 - 0. When Austria went up in offense they still could not overcome the final obstacle, Pernilla in the Swedish goal. She made save after save until eventually Austria scored their first goal after a little over 20 minutes.

At that point the game turned around. Austria stepped up while Sweden fell behind. The secureness in play was now gone and Austria started to score goal after goal until they had taken the lead with 5 - 4 only a few seconds before half time.

Unfortunately the second half did not continue any better than the end of the first and Sweden never got back into the game. Final score Sweden - Austria 5 - 12.

Tomorrow evening Sweden will play against Japan, a game expected to be much tougher for us.

Posted by Daniel Svanström at 8:01 PM No comments: